CEV produces and commercializes biofungicides which active ingredient is a polypeptide, called BLAD, obtained from germinated lupin seeds. Ceradis develops and sells innovative environmental friendly products for plant nutrition & crop protection. The agreement’s goal is to deliver new biological crop protection products to farmers as an alternative to chemicals. This will enable farmers to protect their crops with biologicals, while reducing the rate of chemicals used per hectare of farmland and lowering residues on the crop. This will advance CEV’s goal to commercialize polypeptide-based fungicides and Ceradis’ mission to help farmers feed the world sustainably.

“The crop protection industry is facing consistent pressure to reduce chemical load. Ceradis has developed a very versatile encapsulation platform which can help reduce dose rates of existing chemicals and enhance the efficacy and ease of use of biopesticides. Our cooperation with Adama has already created a first product for commercialization, and we are optimistic that we will achieve this also in this cooperation with CEV.” states Willem-Jan Meulemeesters, CEO of Ceradis.

“CEV discovered, developed and patented BLAD for agricultural uses among others. We are  fully engaged to deliver farmers products that can replace chemicals on their treatment programs, with the advantage of reducing residues and resistances due to its unique Multiple Mode of Action (FRAC group BM01), without compromising efficacy and productivity. To achieve this goal, CEV has an intensive R&D program, both internal and external with third parties, to develop new formulations in order to improve efficacy, broader spectrum and decrease rates to be applied on the crops. Working with Ceradis is a proud partnership for us and we believe that together we will achieve our goals.” states Hugo Baptista, CEO of CEV.

About the relevant Ceradis technology

The PEM itself is a matrix with heterogeneous gaps which can hold different fungicidal particles. The poly-electrolyte matrix consists of a combination of a polycation and a polyanion. The PEM itself also offers functional benefits in use. By holding the active ingredients in the matrix, it improves dispersal and release.

Due to its film forming nature upon drying, PEM can also provide improved adherence to a substrate (such as a leaf or a seed), thereby improving rain-fastness and extending the window of protection against the target pests.

CEV, SA (CEV) was established in 2006, with the objective of developing a new patented polypeptide-based fungicide. The active ingredient, named BLAD, is obtained from the germinated seeds of lupines. From 2007 onwards, CEV developed the product and process at a pilot plant scale and in 2013 the industrial plant, located in the city of Cantanhede, Portugal, was built. In 2015, first product registration was obtained in USA. Canada, South Korea, China and Australia registrations occurred in the following years. The biofungicides are being now registered and trialed in more than 20 countries worldwide.

BLAD-based biofungicides are a strong and reliable partner to be used on IPM programs, reducing the chemical load on the crops, environment and humans. The main features of these biofungicides are:

Ceradis develops and sells innovative environmental-friendly products for plant nutrition & crop protection. We were founded as spin off from Wageningen University & Research (WUR) (Netherlands). We have developed and patented (biological) formulation additives that boost the efficacy of existing chemical Active Ingredients, resulting in a reduced rate of chemicals use per hectare of farmland and lower residues on the crop, making them more environmentally friendly. We are also developing biofungicides based on macro-organisms or natural products.  Ceradis has four formulation technology platforms, on the basis of which it develops products. Some of our products are already successfully being used by farmers for several years. For more information, visit us at https://ceradis.com/ and follow us at LinkedIn.

Copyright All Rights Reserved © 2022 Powered by VDASH
Contact Us

We're not around right now. But you can send us an email and we'll get back to you, asap. 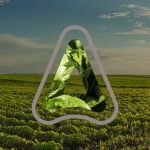 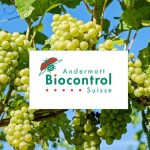